Noted for: Great Beauty and starting the Trojan War

About Helen of Troy: 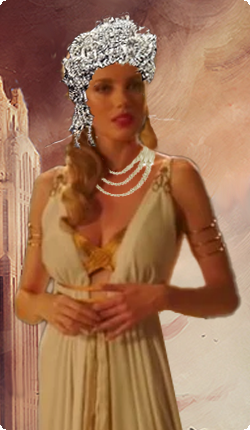 For 27 centuries, Helen of Troy has been one of the most exciting and the most hotly contested of female heroines. She was actually, Helen of Sparta, a feisty princess, heir to the lush, fertile Spartan kingdom in the Greek mainland. Her hand was fought for ferociously by the greatest heroes of Greece, the most famous of all, Achilles. Menelaus was the king of Sparta and the husband of Helen, whose abduction by the Trojan prince Paris sparked off the legendary Trojan War.

The Trojan War lasted 10 years and took place at the city of Troy in Anatolia. Troy had massive walls and so the war was mostly a siege with some breaks for open warfare on the plains outside the city. Priam, the king of Troy, and his son Hector, both treat Helen respectfully during the conflict, with Hector, blaming Paris as the bringer of war. In this time, Paris and Helen had four children, three sons – Bunomus, Aganus, Idaeus – and one daughter.

Helen of Troy and the Trojan War – real or fictional? For most ancient Greeks, indeed, the Trojan War was much more than a myth. It was an epoch-defining moment in their distant past. As the historical sources, Herodotus and Eratosthenes, show, it was generally assumed to have been a real event.