Noted for: The Legend of the Trojan Horse 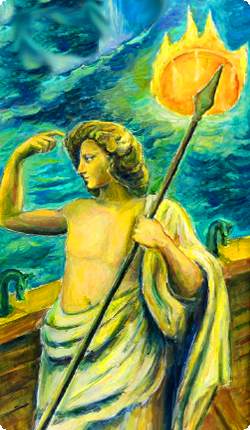 The legendary Greek hero Ulysses, known to Romans as Ulysses, was the king of Ithaca, a small island in the Ionian sea. After fighting the war against the city of Troy with the Greeks, he started his journey home. According to mythology, his sailing journey was obstructed by the sea god Poseidon. He is most famous for his homecoming, which took him ten eventful years after the decade-long Trojan War.

He lived by his wiles as well as his courage. Often he would openly evaluate a situation, demonstrating the logic he employed in making his decisions. When it proved effective, Ulysses lied, even to his own family, cheating and stealing in ways that we would not expect in a legendary hero.

During his journey home, Ulysses faced many obstacles. Ulysses was killed by Telegonos, his son by Circe, when he landed on Ithaca and in battle, unknowingly killed his own father.