Noted for: Seeing the Future 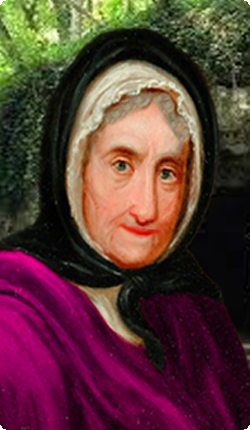 Ursula Sontheil, popularly known as Mother Shipton, was an English soothsayer and prophetess, born 1488. Often described as a witch, Mother Shipton is associated with folklore published 80 years after her death. Born into poverty from an illegitimate teenage mother, father unknown, she lived in a save before marriage and returned to it after her husbands death.

From a life of great hardship and poverty, Mother Shipton’s used what gifts she was born with to gain a reputation for predicting the future. She is also described as extraordinary in her compassion and understanding with exceptional ability when learning

It is commonly thought that she may have been clairvoyant but was quite capable of manipulating events to her own advantage. She is believed to have had a very high IQ but sadly, not good looks. Mother Shiptons Cave is at Knaresborough, North Yorkshire near to the River Nidd. Nearby is the petrifying well which is known for its association with the legendary soothsayer and prophetess.