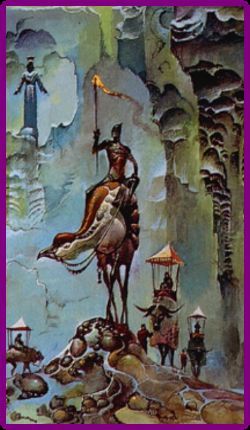 This card indicates that you are engaging in a conflict of some nature. It can also suggest a disagreement with others, which leads to hostility and tension. Despite the fact that you think youve won, you might still lose in the big picture, because you have annoyed or hurt those that you have argued with and as a result, you are on the road to isolating yourself. Perhaps, at the moment, you believed that it was more important to be right rather than appreciate and understand where the other side was coming from. Right now, it’s important to attempt to pick up the pieces. You still have the chance to act while the conflict is still fresh. You may feel as if everyone and everything is against you. You might also lose some friends along the way. This is why you will need to make a significant decision about your point of view. What is more important to you? Mutual progress, or winning? This might require you to stand up to a conflict within yourself.

In the upright position, The Mediator is a card of tension, conflict and disagreement. The Mediator reversal meaning shows you that all you want is for that particular period to be over so that you can forget and forgive. Because you are beginning to understand that winning is not everything, you will be capable of focusing your energy on something a lot more constructive and positive.