About Mary Queen of Scots: 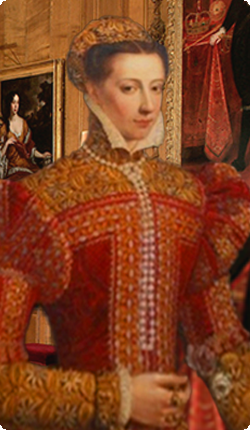 Born at Linlithgow Palace, West Lothian, 1542, Mary became Queen of Scots when she was six days old. It was agreed that she should marry Henry VIIIs son, the future Edward VI. No sooner had the treaty been arranged, however, than Catholics opposed to the plan and broke the match, preferring to return to Scotlands traditional alliance with France.

At 16 years old, Mary was sent to France to marry a French prince, the Dauphin, to secure a Catholic alliance against England which was Protestant. The Dauphin died two years later, leaving Mary a widow at only 18 years old.

Mary, Queen of Scots was perhaps best known for the role she played in Scotlands politics. Her marriages sparked rebellion among Scottish nobles and she eventually fled to the protection of her cousin, the English Queen Elizabeth I. When Elizabeth believed Mary to be a threat, she had her imprisoned and Mary spent 19 years in various prisons in English castles. She was eventually found guilty of plotting to assassinate Elizabeth. Mary, Queen of Scots was put to death by beheading in 1587.